Why Global Corruption is Escalating to the Zeniths

Corruption is a multifaceted issue that has penetrated deep into the bureaucratic fabric and political systems leaving payloads of negative impacts. What used to be government corruption has percolated upwards to the international level and is now intertwined with other global issues. Its ubiquity is now widespread across the planet; no nation has survived the spread of corruption. The media is always awash with news exposing political leaders siphoning off cash from the national coffers, corporate corruption and cases of bribery, especially to police and military forces. Some solutions have been adopted to curb corruption; however, effective accomplishments are yet to be seen. 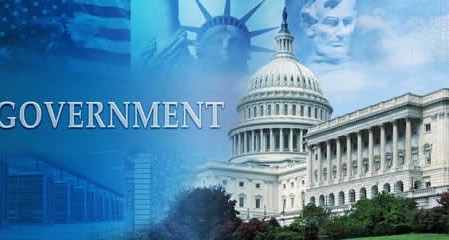 Though world nations have promulgated global and legally binding anti-corruption treaties such as the United Nation Convention against Corruption (UNCAC), UN General Assemblies and other regional instruments, the menace continues to rear its ugly head. The challenges of implementing these agreements are compounded as they lack a governing body to oversee implementation and compliance in municipal law. Unlike preemptory or hierarchically superior international instruments like the Genocide Convention, ICCPR, UDHR and the WTO, signatory states cannot be called to account. Lack of a powerful global institution to monitor and oversee implementation of these legal instruments has seen the will of treaty-drafters continue to hit a deadlock.

Western governments and monetary institutions such as IMF and the World Bank are underpinned on skewed policies seen as nurturing corruption. Eligibility as a borrower country is heavily hinged on deregulation, structural adjustment policing in civil service reform and economy liberalization and privatization, this has pushed players to drink from the cup of corruption. Multinationals are a stark illustration, the companies which are domiciled in developed countries tip local officials overseas to secure mega projects worth plethora dollars. This has been witnessed in the UK, France, Spain and other European countries.

At another level, geopolitics is a driving force of global corruption. The long lull after the collapse of the Soviet Union and the Cold War has been disrupted by rising economic and power rivalry between erstwhile world superpowers. While China, Russia, and co-players are keen by all means (albeit including corruption) to protect their foreign influence and tap into the benefits of a globalized market, Western powers are leaping only a few strides behind.

Washington-inspired World Bank and IMF have been accused of fostering neo-colonialism. The powerful lenders peg grants on selfish interests paving way for a corrupt deal. Borrowers, who happen to be poor countries, cannot brush the Pentagon the wrong way. Incontrovertible evidence showing Western Countries sketching corruption-embedding policies in poor countries is enormous since the Cold War; there are many cases where loans have been poured to bolster corrupt regimes in Africa and the Middle East.

In weeding out corruption from the public and private sector, countries and the global market, dire solutions are needed. The most effective approaches should target global issues inextricably linked to trade. Fraud and bribery should be curtailed at the World Bank and other global-financial institutions, formulation of a strong institution to drive a global anti-corruption campaign, investigate corruption in international borrower’s expenditure and supporting less-developed countries. Widespread government corruption is now inextricably interlocked with globalization; it can only be defeated by coordinated efforts from the global community.