Finance Sector Businesses to Gain Most from Apps

It has been said that financial institutions like banks are the slowest to adopt when it comes to new technology as they are often seen as conservative and traditional. However, the past couple of years have been showing that the finance sector in Australia is shifting ever so quickly to the digital platform with the help of IT and app developers in Sydney, accelerated by an unforeseen global pandemic. The Australian economy is doubling up on cashless payment systems and online transactions, swapping ATM cards and bank books for smartphones and QR codes. These shifts in behavior are triggering an increased activity for mobile app development in Sydney. 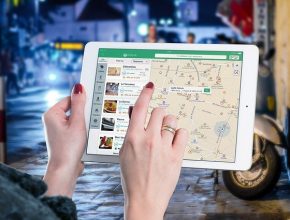 BusinessWire shares a report from AppsFlyer that “Finance apps see a 90 percent increase in install market share worldwide.” The report proves that the app category has been growing exponentially from only 16 percent global adoption in 2015 to 64% in 2019. This means more people have been downloading finance apps for online transactions among other financial services.

As of 2018, Statista reports that there were close to 3 billion smartphone users while over 9.5 million iPads have been sold worldwide in 2018. These numbers have surely gone up in 2020 which further supports the likelihood that a fully digital economy is on the horizon. If you are a bank, a payday loan business, or even a pawnshop, you have the most to gain from having an app made this year and in the years to follow. Consider getting Android, iOS, and iPad app developers and have an app created that will help your customers do their business online. The wonderful thing about apps is that no enterprise is too big or small to get an app.

App developers in Sydney will tell you that every financial app shares some similarities and differences. But the best ones usually offer seamless transactions and an intuitive interface. Bank apps for example, already allow online deposits and bank transfers even before the pandemic struck. Some employ a QR code system allowing instant payments and cashless transfers. In China, this has become a major phenomenon with AliPay. Almost every merchant flashes a QR code in their store eliminating the need for cash or even a plastic card!

Another example is the payday loan businesses. While before, loan applications are done in brick and mortar, apps can now process an application online and even transfer money digitally. Even payments can also be done digitally eliminating the need to line up in a payment center. Features like these can surely be done by app developers in Sydney. While it is true that websites still dominate the online world, apps are slowly taking over the new economy thanks to financing apps.