Far from the restoration of peace and stability in the Middle East, going forward, the war on Islamic militants, ISIS, threatens to restructure world politics. Apart from fighting the same war on different fronts, the nations involved have formed two opposing alliances. This has led to great mistrust among them that threatens to rupture healing political wounds. Let us look at these two factors and their effect in on political situations of the nations involved and the world at large. 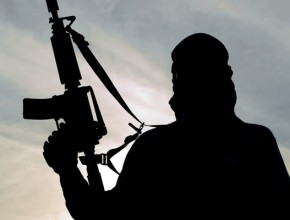 Though there has not been a formal declaration on formation fighting blocs against the Islamic extremists, it is quite evident that the two major world powers namely; USA and Russia, leading the fight aren’t fighting on the same page. Their attacks are uncoordinated and their strategies on crashing the militants varied. They don’t seem to agree on the weaponry to be used to fight the extremism and somehow seem to be competing for glory as to who actually is doing the better job than the other.

What makes these trends worrisome is the fact that each party seems to be attracting its own fraction of sympathizers. Russia is seemingly attracting the more radical and anti-United States countries in the fight like Iran that are more than ready to use lethal force in flushing out the militants. The United States, on the other hand, seems to be having more liberal nations like Britain, France, and interestingly the United Arab Emirates under its wings. This is not healthy for either side or the world as the growing mistrust between them threatens the very peace they claim to be restoring

The mistrust between these two camps is taking in a new twist. They have resulted to accusations and blame games especially as to how the Islamic group really came to be and how it is able to maintain its operations. The tensions caused by these accusations are increasingly intensifying and slowly dragging in past and forgotten political misdeeds by the superpowers.

The Russia-Iran led bloc, for instance, attributes the rise of the Islamic extremists in Iraq and Syria to the overthrowing of the state leaders in the nation by the USA. They, therefore, point an accusing finger on the United States over involvement in the Arabian affairs both in the Middle East and North Africa. Latest news indicates progress in the fight against the militia, but a win in this war is in itself a threat to world peace. The ultimate test will be in who takes credit and given their different ideologies, which power forms a government or should be readying ourselves for another ‘Berlin wall’ once this is over?

To know more about the Islamic State of Iraq and Syria or ISIS, read: https://en.wikipedia.org/wiki/Islamic_State_of_Iraq_and_the_Levant