Keeping Up to Date on World Politics 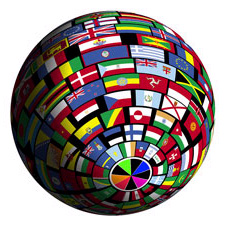 The big deal about the big world of politics

First of all, we have to clarify our earlier statement about Climate Change. It’s not uninteresting as some people may think (especially when the polar caps continue melting and flooding starts). In fact, every single thing these politicians talk about matter – even the nonsense that some spout.

One of the things you need to realize is that every single thing that will come out of these political leader’s mouths will have a huge effect on your seemingly simple existence. Everything they fight about, everything they agree upon, every single piece of paper they sign and so on can change the world economy and society, among so many others.

These leaders make the world go round. And last we checked, that’s the world you currently live in.

So why bother keeping up to date on world politics?

And that is precisely why you have to know what’s going on in Politics. It affects you.

When you are aware of the significance of politics, whether that’s in the confines of your city or in the bigger scheme that is world politics, you also become aware that the decisions made impacts everyone.

Who we are and what we do

Every single contributor in this page, whether she’s a well-known political analyst or a stay-at-home dad with political opinions he feels he needs to share, all want the same thing: for the readers to be informed about what’s going on in the world.

We give you updates about everything and anything in World Politics – even those that aren’t talked about so much in the news – because as we said, everything in the affairs of the state is important. Then we offer you different opinions as to how those events will affect your life. That way, you can make decisions that matters to you and even for your small business if you own one.