Western Sydney is currently in the midst of finding a way to solve its issue on its growing population and other development problems. With that, its people are starting to demand reforms from the now-councilors who won the 2017 Parramatta council elections. However, it seems as though the government has not heard its people yet. 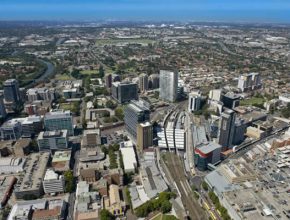 It has been months since Western Sydney had new councilors. However, it seems as though the chosen councilors have not done more about the said region of the land down under.

On Saturday, reports surfaced that Western Sydney’s huge population growth and airport development issues have not been resolved. Thus, people are demanding an action from the new councilors from the 2017 Parramatta council elections by releasing a discussion paper, titled “Governance Reform for Growth,” to sector leaders at Parramatta’s Western Sydney University.

Christopher Brown, the chairman of the Western Sydney Leadership Dialogue, explained that the said paper intends to start a discussion on what is really going on in Western Sydney and how the government should take actions.

Brown further explained that he thinks Western Sydney “was embarrassed” due to how disconcerting the government’s actions on the said issue are. Thus, the people of Western Sydney is crying out for a plan for growing Sydney all the more and they want corruption to be weeded out. He added that the discussion paper also stated that the taxpayers of Western Sydney want to see their money’s worth. “This region should be a beacon for best practice, not a sanctuary for spivs,” he reiterated.

One of their suggested solutions is to create another body that would resemble the Central City Planning Committee to establish the group all the more. Property developers are also suggested to stop making donations and/or serving local council members. Apart from that, they proposed a new law that would improve the situation of Western Sydney.

In addition, Western Sydney’s director of the Sydney Business Chamber, David Borger, voiced his view on the issue. Borger said that the chosen mayor should do his best throughout his four-year term. He explained that they think it would be a way to encourage “quality candidates” who are aware that they have an important job to do all throughout his term. He also agrees on precluding developers from serving the council members.