Malcolm Turnbull has unfortunately found himself dragged into the quagmire of state politics over the recent issues cropping up in the NSW Liberal party.
The issues revolve around reforms to the democratic processes of the NSW Liberal party. There are significant concerns from some factions that the existing system of preselection voting is grossly unfair, and weighted in favour of career politicians. 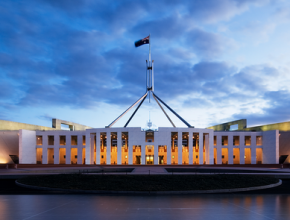 One set of reforms, backed by Tony Abbott and Barry O’Farrell, calls for a plebiscite system which would grant all individual branch members the right to vote in preselection. The current system is highly restricted, and only allows some party officials to vote alongside branch representatives.

The NSW Liberal party has looked to their Victorian counterparts for inspiration in these reforms. A strong emphasis is being made on improving democratisation, and ensuring that the preselection process turns up candidates who are truly representative of the party and its interests.

A further aim of reforms is to increase the participation of all members in policy decision-making. This kind of reform could have long-term implications for the NSW Liberal party, both positive and negative.

Further aspects of the proposed reforms include greater training for office-bearers and candidates. This is invaluable to the future of the Liberal Party, as ongoing investment in candidate education has given the Labor party the edge in some electoral districts.

The NSW Liberal party has been looking forward to reform since the process began in 2013. Then, John Howard was brought on board to advise on changes to the candidate preselection system. It was Howard who recommended a plebiscite-style system.

Howard also suggested a two-year waiting period, whereby a person must be a member of the Liberal party for two years before being allowed to vote. This will likely be implemented, as it is a good prevention measure for wealthy or influential candidates stacking a branch’s membership in their favour prior to preselection voting.

The leftist and centre-right factions inside NSW Liberal are firmly against the plebiscite system for that very reason. They fear vote manipulation using multiple new members.
Under Abbott’s suggestion, the reforms would be voted on at a newly introduced Special Party Convention in the first half of 2017.

According to both Abbott and Turnbull, who both have competing sets of reformation policies, major reform is absolutely fundamental to the Liberal party’s success at the federal level in the 2019 election. Both competing reforms have at their heart a firm goal to make the NSW Liberal party more effective in campaigning.