Politics As A Governing Tool

Politics is derived from a Greek word “polis” that means a community as a whole. Political scholars in ancient Greek wrote novels and tried to explain the concept of “polis”. They argued out that the concept of “polis” was an ideal state and discussed ways of achieving an ideal state. The term politics was derived from these articles and was used to mean ways in which an ideal community could be created. In practice, an ideal state or community is rather difficult and even impossible to achieve. There are many issues in world politics such as the rules governing shared resources and struggle for supremacy between the superpowers. Superpower countries are all First World countries that are deemed developed (in infrastructure and economy wise) and with a strong political and army base. 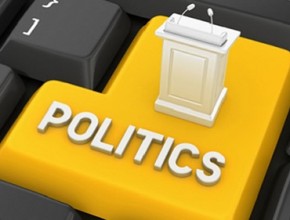 Mankind is bound by both cooperation and conflicts, within and between regions and societies. This occurs in the process of organizing the use, production and distribution of both natural and manmade resources. Politics come in at this point as a means of settling and finding viable solutions to these conflicts.

Politics takes up more of a social aspect because it is always a dialogue and never a monologue. In a general term, politics is whereby people draft, pass and amend rules that govern them. Politics is not always a freeway of activities. There is bound to be an opposition. An opposition defers in opinions, wants, needs and interests from the rules that are set. These differences call for dialogue and unitary agreement(s) that will resolve both sides’ griefs at the best interests of the people under the rules.

Politics is also pursued as an academic subject. It is termed as Political Science and involves the study of resource distribution and conflict resolution techniques.

Politics can be termed as both an art and a science. An art is application of knowledge for a desired outcome. An art can only be achieved best in a practical manner. Science is a system of observing, analyzing and implementing thoughts that are either new or modified. Thus Political Science is a system of knowledge in drafting, implementing and amending rules, both local and foreign, which govern a state. Political Science also involves the development of a state.

People perceive politics as a dirty game that is meant for the self-interested and corrupt by encouraging those in power to exploit their position for self-gains at the cost of others. Although it is widely true, other legislators use their powers to create an ideal environment for their political region. Politics is meant to create a good society and those that exploit such an opportunity tarnish the meaning of good governance and politics itself.

Emerging issues in world politics is the exploitation of Third World countries by the superpowers. The First World countries exploit poor countries that ask for their aid. This is a major source of conflict once a country comes into term with the harsh reality. This picture of exploitation of resources can be greatly seen by how Africa in the late 18th century was partitioned by powerful colonies. A more recent case is Zimbabwe refraining foreigner from acquiring any kind of licenses in the country.

Read more about the history of politics: https://en.wikipedia.org/wiki/Politics